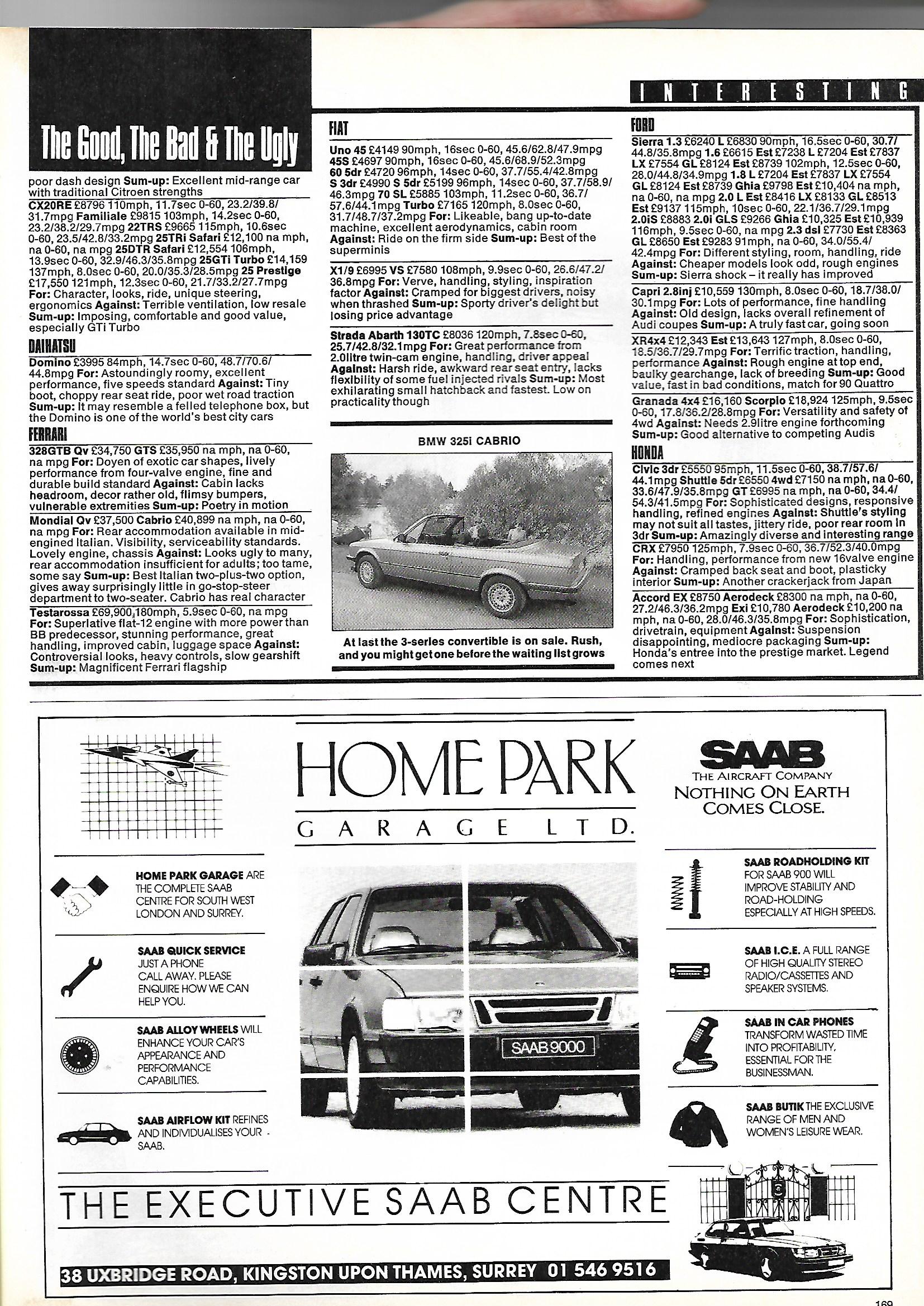 Περιοχή
Paris in the sixties A Quartet of Eccentric Europeans
4. The (Citroën) CX Prestige

[Note: This is from a series of four reviews we did for one of the lifestyle magazines. The preamble, which also reappears at the beginning the other three, gets a little repetitive in this format, but the four put together would be too long to run as one piece. The CX was one of the strangest — and most ingratiating — machines we ever tested.]

If you are looking for sober-minded, normal transportation, skip this series. Each of the sedans we tested for this month — from four different French and Italian manufacturers: Peugeot, Alfa Romeo,

Maserati and CX Auto (Citroën) — is, in varying degrees, eccentric. That is not intended as a criticism, merely a description. There is, after all, a market for eccentricity. Not every man or woman wants hum-drum transportation.

We have saved the most unusual car for last: the CX Auto Prestige. Before discussing the test car itself, however, a few words about CX Auto are in order:

The cars CX Auto imports bearing its own nameplate are, in fact, French-built Citroëns. Citroën itself, although it is controlled by Peugeot these days, has had no formal presence in the American market for more than a decade. CX Auto buys the cars in Europe, converts them to full U.S. standards in their facility in the Netherlands, and then imports them as if they (not Citroën) were the manufacturer — which, technically, they are insofar as the government is concerned. The cars are imported, sold, serviced and warranted by CX Auto. Peugeot/Citroën, for its part, is vocally unhappy about this situation but powerless to stop it.

CX Auto models are revised versions of the comparable Citroën models marketed in Europe. The current CX Auto line-up consists of two series, GTi and Prestige. The GTi comes on a 112 inch wheelbase and is available in wagon and sedan versions. The Prestige, which comes as a sedan only, sits astride a 122 inch wheelbase that CX Auto claims is the longest for sale in America. Both lines use a 2.5 liter four-cylinder engine rated at 150 horsepower. The GTi is also available with a turbo-charger that boosts power output to an impressive 185 horsepower. All CX models feature the famous Citroën hydropneumatic system. Both GTi and Prestige are nicely equipped and finished, but the Prestige is the fancier of the two, adding handsome leather and wood trim. Prices start at $39,900 for the GTi sedan and rise to $49,800 for the Prestige (estimated as of the time we went to press).

Our test car was the CX Prestige, the flagship of the Citroën range and the car of choice for the French executive class. It is easy to see why. All the stretch — 10 full inches over the GTi — is in the rear passenger compartment, creating enough floor space back there to encamp an army division.

Comfort is, indeed, the strong suit of this car. The hydropneumatic system employs a combination of gas and hydraulic fluids to do the work of the suspension, steering and brakes. For floating luxury, the Citroën suspension is unbeatable. It is self-levelling and can also be adjusted, with the flick of a finger, for ground clearance. The CX Prestige tends to roll a bit during hard cornering but on the boulevard or expressway it is unexcelled in riding comfort.

The interior lay-out is unique, to put it mildly. The Alfa and the Maserati are different, but the CX is from another planet. The location of ordinary items such as turn signals, headlights, and so on, defies experience. The tape deck is on the center console. The radio is controlled from a flexible arm that sprouts from the floor, can be adjusted for any position or level desired and looks like something out of a Steven Spielberg movie.

The CX Prestige is awesome, in the true sense of that much-abused word. What is more amazing is that after an hour or so behind the wheel, we had become so totally acclimated to the design that we began to wonder why all cars aren't built that way! The CX is profoundly different, but not illogical, and the more you live with it the more logical it seems. At the conclusion of our test, we found it difficult to readjust to ordinary cars.

If you like being the center of attention, the CX GTi or Prestige is a must. No test car in our history has attracted as much notice and comment. A crowd would, literally, gather each time we pulled into a convenience store for a cup of

. People would get out of their cars at traffic lights to inquire about it. Our car was a rolling conversation piece. Moreover, nearly all the comments were highly favorable. The CX Prestige clearly struck a deep chord in people, and they tended to treat it (and, by extension, us) as they would a celebrity. All in all, a remarkable experience. R&D